Ladies and Gentleman, we got him. Ben Pinkelman, a dear friend of Logan Collins and I came by Logan’s house (studio) in between his intense training sessions with Gary Gold’s world cup squad. Although he’ll be resting this weekend against Canada, we expect him to see action and potentially his first cap in the following week’s of the PNC.

Pinky started by telling us the only reason he came out to play rugby was because he was annoying his mom as a high schooler and she wanted him out of the house. He took up rugby with his cousin Ryan McManus and began playing for Cherry Creek HS. In a short few years he would have HSAA selectors “eating their tongues” as he developed into a high level 7s rugby player by the young age of 18. 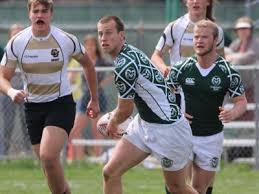 Pink went straight to playing high level men’s club rugby with the Denver Barbarians and was an intricate part of many Barbo 7s teams that went onto the national tournament (except for his first, where he rode the pine). Pinky would soon be recognized by coaches/selectors Mike Friday and Chris Brown and found himself out in Chula Vista vying for a full-time contract.

Long story short, he’s now one of the best international 7s players in the world. He talked about this amazing year and how finishing 2nd in the world has cued them up well for the Tokyo 2020 Olympics.

Oh yeah, and did we mentioned he’s ALSO competing for a spot on the 2019 world cup roster as an uncapped 7s player? The kid can do it all, Ben Pinkelman, king of the 1v1 breakdown. 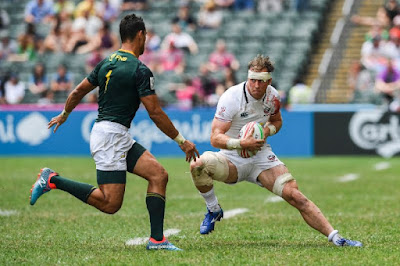 Enjoy, and be sure to PICKEM!