"Hey Rugby PickEm fellas. This is Casey Rock long time listener first-time caller one-time guest very interested to hear the next next podcast after week one is now in the books. I know that I spent my day feverishly switching between games on a phone when I'm watching at my in-laws seeing Snippets of all the games watching. None of them very closely, lesson learned. I will pace myself better this weekend and watch them play. But having seen week one got a few questions for you guys. 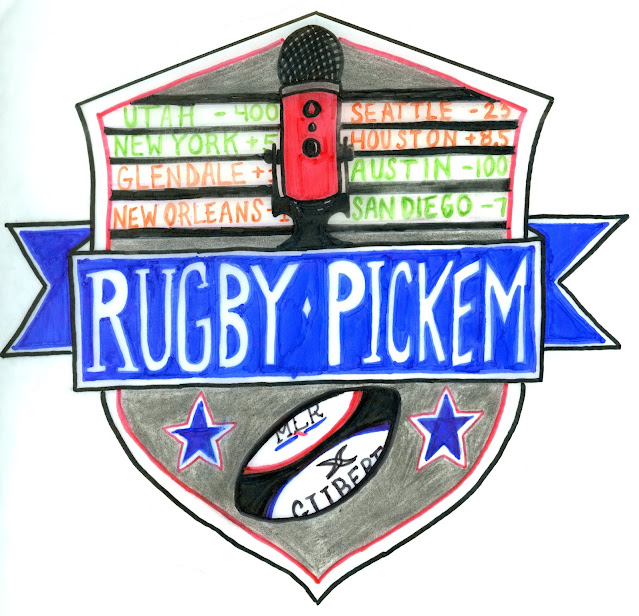 First of all, I need to know more about boots-on-the-ground. Which cities are you planning on visiting because it was awesome to see some friends of the show crushing it Taylor Howden & Zach Pangelinan, you know your boys out in Atlanta really getting the job done . I'd be interested to know what sort of behind-the-scenes content we can expect from the boots on the ground segments from those friends in high places.

Likewise. Also love to get to know your team's storylines. I'd love to suggest something along the lines of how to explain the dramatic storylines from from the new season to a casual fan. I watched with my father-in-law who was it was hard to explain all the excitement and drama to a casual fan. So maybe you guys can tackle that next time.

We're also going to need maybe a weekly MLR Reddit segment because it took your advice would spend in a few minutes here and there on the site and looks like there's some real personalities. But yeah aside from those pressing questions that I could use your help answer you're getting sorted out really just had to say love the quality of the coverage - Vegas, I understand there's some trouble there but man got to be impressed with the the rugby Network and pretty pretty high standard of rugby for the first week. PICKEM!"