A touch late on the "end of year" publication, but ... oh well. The deliberations were fiery, no stone was left unturned, and the final pieces to this year's awards have come into place. What a year 2021 was .., and where to begin?

In the face of a pandemic, the MLR went 99-0 (Commish's favorite stat), Gilly hoisted some hardware, the Pioneers got to compete in Tokyo after a year delay, PR 7's was launched, & the college game returned (even though the political infighting continues) ...

How does one cap a big year? The 2nd annual RPA's. No serious analysis involved, just some lighthearted shout outs to the general rugby community. Sit back, enjoy, and dive into the utter absurdity of handing out awards to the Rugby Media Industrial Complex (TM). Tommy NoPiks sits in on a night that captured the true journey that was 2021 ... saddle up!

P.S. If you're bored, be sure to click on all the hyperlinks ... what could go wrong?

Step of the Year

Putting 2/15th of the Scottish team on the floor with a nice double is quite the feat. The potato enthusiast shifts the big rig like a Transformer!

One of the sole highlights for the Eagles that fateful day, but a soul highlight for any scrummy who takes a dart every now and then. Something was on in the set piece, and the result was Damo Mackenzie's jock littered just inside the 20 year line (that's the red zone for you hard core footy heads that don't know gridiron)

Hoggy has oily hips, and he knows how to use 'em near the try line. Rugby PickEm has always backed Start Hogg since the day he personally tore out the hearts of the Eagles fans in Leeds, during 2015 RWC pool play. His (4x) step was just another in his long highlight reel.

MLR Mascot of the Year

Woodgy - New England Jacksquatch
Pilgrim New England farmers once told tales of a strange sasquatch "creature" that roamed the forests ... a solitary creature, who was rarely seen ... until the local MLR franchise hosted their fist game in Weymouth MA. Now, Woodgy is a mainstay at all FreeJack games (just great with the kiddos).
Koa the Warrior Panther - Utah Warriors
Koa made a splash this year on his motorbike. But don't let this big cat's antics fool you. He's not afraid to throw down.
Rucky - Seattle Seawolves
Rucky is without a doubt the most vocal MLR mascot on twitter. He has a mind of his own and isn't afraid to spout off! Just look into those eyes...
Scratch - Houston SaberCats
We are still in shock and reeling from the above photo. We've always been a #TeamScratch podcast, but this one just stung ... No room for friendship in Texas. Anyone crazy enough to dress up as a game day mascot should know that.

Can Koa lead this team to winning the West? Time will tell. Congrats to Koa for winning the MLR Mascot of the Year.

MLR Fan of the Year 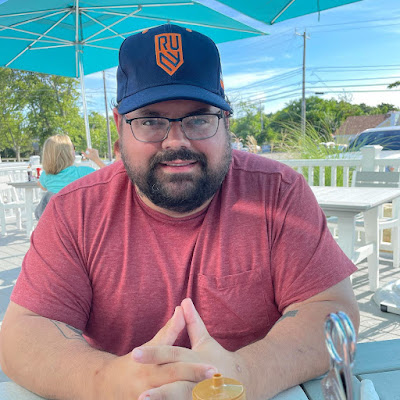 I've always been partial to the old RUNY logo ... the hat just pops. The Big Guy is the MLR Fan of the Year #LetTheBigGuyCook

MLR Podcast of the Year

Jarom & Banksy take the loyal Utah fan base through the nail-biting season as the Warriors reached the MLR playoffs for a 2nd time in the team's history. There were plenty of arrhythmias in Warrior Nation as the cardiac kids kept the league on their toes each week. These two guys love the podcast game so much, they stuck their faces on the branding. That's commitment fellas. 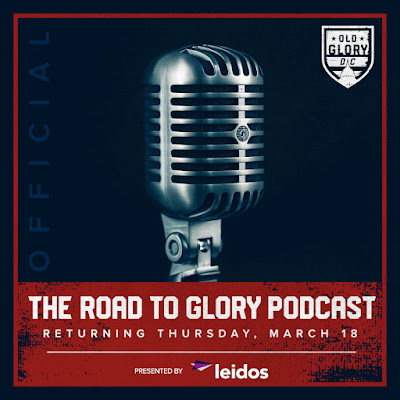 Bri is the rock and Roly is the wildcard, but collectively you get top notch week to week insight into everything OGDC. If you play rugby in the Beltway, this is a must listen. 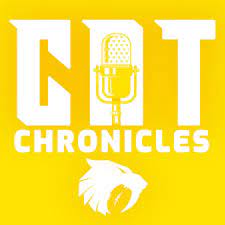 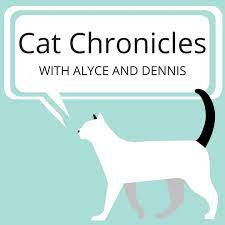 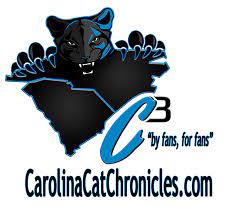 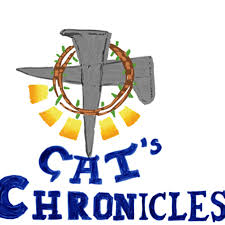 Can you spot which above podcast is the one produced by the Houston SaberCats? There are evidently lot's of cats being chronicled all the time on the internet, but host Coty Davis and in-stadium announcer / hype man Raheel Ramzanali (previous guest on Rugby PickEm) keep the feed as fresh as possible. No franchise has been through more front office turnover that Houston, and thanks to the  #CatChronicles we get an inside look at the new Saffa staff that have taken the reigns for the 2022 season.

The Road to Glory Podcast. 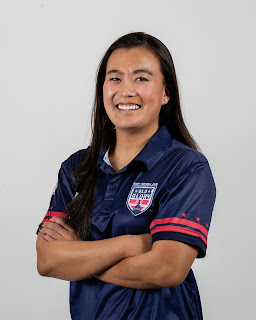 A massive shout out to Brianna Kim who hopped on the phone to accept her virtual Rugby PickEm award for MLR Podcast of the Year.

Who Is Winning The Rugby Streaming Wars?

Flo has a paywall, and is extremely unpopular in the US rugby fandom landscape. Yet, they continue to double down and purchase additional rights to more rugby content. If you can source a login/password from a fellow rugger, then your obviously going to tune into the Eagles test matches ... but people shouldn't have to pay to watch rugby in the US. Not now,  .. while were trying to land multiple RWCs.

If you're a Premiership junkie, Peacock is a must. NBC has always covered the Olympics, so Peacock will always give you the best coverage for when 7's rolls around (every 4 years). However, another paywall and monthly charge. Not as pricey as Flo, but still a cost.

Hooray, finally a site where you don't have to hand over your CC for access! The Rugby Network is a perfect blend of live game broadcasts, mid week content (analysis, talk shows, highlight reels), game reports and more. They have now taken on the professional league in Japan (Japan Rugby League One ... formerly Japan Top League). This OTT network seems to have it all.

Congrats again to the MLR, the Commish and the OTT network for building a vehicle to facilitate growth and awareness in the early years of a budding league (... plus it's free).

You don't get put on the Sports Pro OTT shortlist for "Platform OTY" AND "Best NEW Platform OTY" for no reason ...

In a world of hugs and kisses, you have to know how to XO (crossover). Colton (and his massive social-media team of interns) continue to thrive on the DNVR Rugby podcast ... As the Raptors continue to rebrand, the MLR continues to dip their toes in the elite talent coming through the camp. The sky is the limit for this years RPA winner.
Rugby's Hardest Worker
Too many worthy names to limit the nominees. If we are to host the Men's RWC in 2031 (it seems certain at this point), there is a lot of "nose to the grindstone" type of work that needs doing in the next decade. Here's a list of people that are already getting after it ...
Steve Lewis
Steve Lewis is a rugby staple in NYC and the 7's game at large. We need more experienced coaches like him to help expand the grassroots effort on all fronts.
Pat Clifton 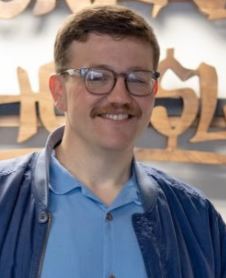 Pat used to blog on RugbyToday / RugbyMag, but has now taken up more operational leadership roles. Wearing multiple hats is part of the entrepreneurial challenge, and Pat certainly seems to enjoy those challenges.
Commish Killebrew
After we received an open ended invite to HQ from Commish, we decided it would be rude to to take him up on his offer in 2022. When Rugby PickEm heads to Dallas to witness the birth of Jackals in their inaugural season, you can bet that we'll reach out to one of Rugby's Hardest Workers and wear his MLR Commissioner hat for the day.
Alex Goff 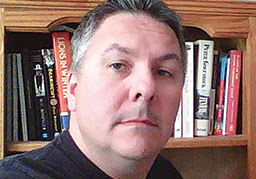 Grassroots rugby reporter Titan, Mr. Goff went through plenty of felt tipped markers in 2021 with his infamous whiteboard. His insights into the high school and college rugby landscape are of great value to the average American who passionately follow the game domestically.
Ryan Kirby (on Twitter)
@USARugbyfan18 may be the most consistent Twitter commenter in the game. Give him a follow and watch him go to work.
Matt McCarthy 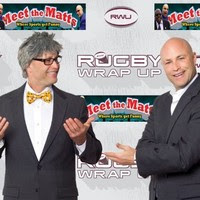 No one goes as hard in the content game than the USA Rugby Media GOAT. Matt is one of the best to ever do it, and his efforts tracking the NCR and D1A college rugby alignment (or lack thereof) are much appreciated by anyone involved in college level rugby.
Brianna Kim 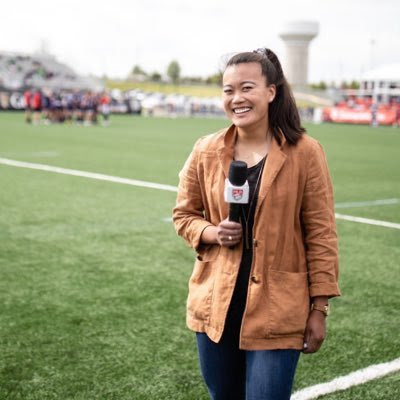 OGDC Podcaster, sideline reporter, Bri knows no bounds. She's got a knack for reading the vibe of the game and effectively communicating that feeling with the audience. 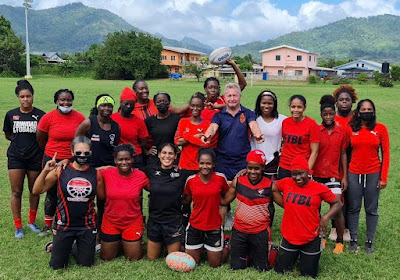 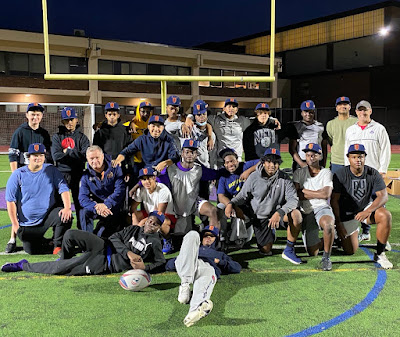 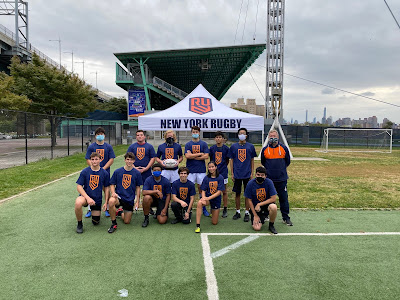 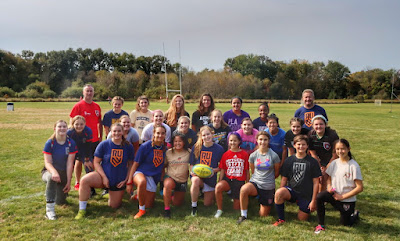 Sir Stephen Lewis (rumors have it that he's been knighted for his efforts) knows that if we're going to successfully host a Rugby World Cup (or a couple) here in the states, we have to step our game up at the grassroots level. He's tirelessly working to grow and develop the game, so we decided it's only fitting that he wins the RPA for Rugby's Hardest Worker.

Independent Podcast of the Year

Chez is a young podcaster from Aotearoa who seems to have the knack for drawing out the best stories from his guests. The podcast feed launched only a few months ago, leading off with insightful interviews with the multifaceted David Still and the lightning fast Malik Bryant. Excited for what's to come from this young content creator. While he's plugging away thousands of miles across the globe, we'll be watching his growth as a podcaster!

Rugby on the Rise - Max Dacey

Max Dacey, aka "Fear the Ears" got one thing right .... The ears are meant to be feared.

But it's not just astute listening skills that drive the Rugby on The Rise podcast. Max has walked the walk as he advances his professional rugby career. His conversations with young players seem to come at ease to someone who has already walked the path. A rising tide lifts all boats ... and in this tide, Max Dacey is a full moon. 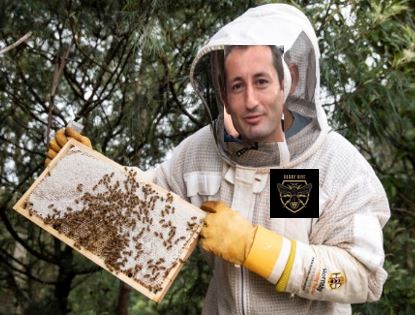 Rumors are swirling that Dallen has taken up beekeeping and really leaned into the podcast branding. If he's not calling a game, or helping the MLR churn out content, then you can find him collecting honey with Robin McDowell via the sweet nectar of rugby tales past. If you're a part of the #HiveMind ... well be sure to get your merch!

Rugby on The Rise - Max Dacey

A special thanks to Max who came in studio for an in-person interview. His podcast is a great platform for young rugby players to listen and learn about their craft. If you aren't listening, you are now. Congrats to Rugby on The Rise for the Independent Podcast of the Year

Thanks to all the Rugby PickEm faithful who are still riding with us since 2018. Many exciting things to come in 2022 and beyond.