After the 2019 semi final results played out, fans couldn't help but draw comparison to the 2007 World Cup Final, where South Africa defeated England 15-6, all on penalty kicks. After going back and watching this 2007 final on YouTube, we decided to chat a little on the historical significance of this game, how it was played, Jake White assembling the team (he dragged Os du Randt off the farm!) and where some of those players are now .... Enjoy! 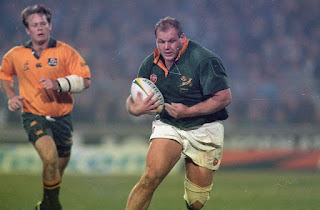 Os du Randt and all his farm boy glory!

Man of the Match - Victor Matfield 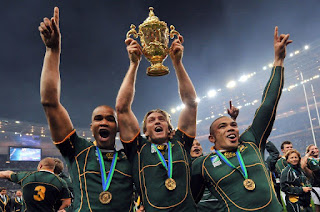 Percy Montgomery's leg (and hair) was on fire that day


Bonus Segment: We asked Barry what Rassie would do after the world cup? After we recorded, it was revealed that he's stepping down as head coach. Who should SA Rugby hire as their next head coach?
Posted by Rugby_PickEm at 5:27 PM