Bt and Barry look back on England's unbelievable semi final upset over the mighty All Blacks.
Stayed up til 5am for South Africa to finally edge out Wales in the battle of field position and box kicks. The results give us a rematch of the 2007 RWC where South Africa won their second title, 12 years after winning a cup for the first time when they hosted the tournament in 1995. 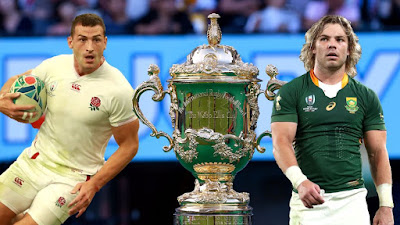 81 kicks in the SA vs. Wales semifinal ... Has the tactical kicking gone off the rails, or is this how good teams win big games? 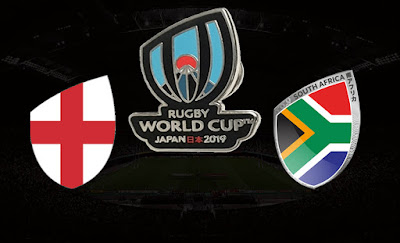 The bookmakers have England as a -4 point favorite.

Rugby PickEm and the obviously biased Mile High Saffa Barry Herbert DISAGREE and think there's a lot of $ to be won on SA.

It wouldn't be the first time the show picked against the English, but why stop now?!

Barry - South Africa to win by 2

PickEm!
Posted by Rugby_PickEm at 7:55 PM