Hey boys, Patty from Providence. Hey was scrolling through the old Instagram the other day and right between Hannah Palmer and Jenna Frumes. You know who I'm talking about. So I saw a little post about the Hartford Harpooners. Look, Providence and Harford have a have a long standing rivalry as "New England's Second City", but I'd love to see some some more local rugby. Have you seeing any other random teams popping up here and there? I hope you had a good Thanksgiving and happy holidays. Talk to you soon.

Who are the Hartford Harpooners? It appears (as of now),  that they're simply a single player signing, a confirmed home stadium, and that's about it.

*Update* - Since recording, The Hartford Harpooners have signed their SECOND player, High Performance Management founder (and player journeyman) Matt Hughston. Matt has a distinguished player career, Captaining the USA South Panthers in addition to earning caps from the Ohio Aviators, Nola Gold, Rugby United New York and Old Glory DC. If the signings keep coming, there might be something here in Hahhhhtfaaaahd.

Many more players (most hailing from the Fairfield Yankees) have been signed over the past two weeks. Very excited about what the Hartford have coming in the future. They best thing they can do right now is provide as much meaningful game time as possible. Helping young players build a high light reel, and allowing them to gain more exposure against MLR academies will catapult their growth as rugby players. Cheers to the Harpooners, excited for what's to come in 2021!

Hey boys, Paddy, calling from Providence again. Sorry, I forgot to mention this on my last call last weekend was trying to watch the Ireland - Scotland Autumn Nations league, and then the England - France game and and couldn't find it anywhere. I think it's on something called flow rugby or some nonsense like that, which I don't have access to. So anyway ended up watching the Maori all black by the Moana Pasifika great match, little messy rugby, but overall a lot of passion that game and I love the hackers. So, uh, just wondering if there's any way we could watch some quality International Rugby and not sure if we can, but would love some tips on that. Thanks, and again happy holiday. Hope you have a good New Year. 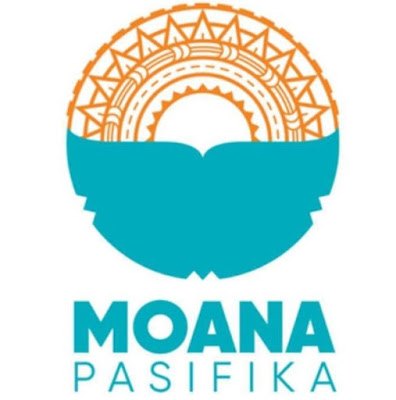 If you want Autumn nations (which quite frankly was insanely underwhelming this year), you gotta sign up for FloRugby and pay a monthly fee. Or you can be a leech and snag a username and password. We suggest the latter. Johnny's tip for Paddy: search YouTube for the game you're looking for 10-14 hours after the game is aired, find a pirated replay and watch it before it's taken down.
Moana Pasifika vs. The Maori game was passionate and will be something that NZRU focus more on in the years to come. Who doesn't like dueling tribal war dances? Not to mention the filthy offloads and exciting brand of rugby.

Yeah, this is Matt from DC big old Horsemen, but calling more about an international thing, you know, the the first match between Australia and New Zealand and you know both these kind of used this kind of dual pivot of, Mounga or Barrett, or if it would be J.O.C. or Toomua on Australia kind of a I guess a new way of attacking was just not having one singular fly-half, but having kind of multiple stand-ins do you think this is the wave of the future? Or, you know, is it once again another example of the Southern Hemisphere just being more innovative and worlds ahead of the northern hemisphere? Would be really interested to hear you guys thoughts on that. Hope you are saying safe.
Matt thanks for the call. Johnny walks us through why the terms "first five-eight" and "second five-eight" exits. The dual pivot you described is the way of the future, and we already see England doing it with Farrell and Ford. This is the wave of the future ... as a coach, you must know .... who is your primary and secondary standoff?

Hey Guys, it's Jody from San Diego. Just wanted to call and thank you guys because I couldn't get out of bed today. All I could do was stay in and listen to Rugby PickEm. Thanks for putting a smile on my face.
Appreciate you Jody. Glad Rugby PickEm could make you smile. It's been a tough year, but we hope you (the fans) get to either enjoy games via broadcast or (hopefully) in person.
If you want to be a part of our 2021 Voicemail family, save this number in your phone right now....
720-259-8825
More content coming this week!
PICKEM!
Posted by Rugby_PickEm at 1:05 PM