The Eagles are a home/away series vs. Uruguay away from qualifying for the Americas 1 spot in the Rugby World Cup 2023 in France. After a scintillating win at Glendale two weeks ago against Canada, the Eagles showed they can win with their backs against the wall overcoming a -15 point deficit against the men in red.

Can the Eagles win these next two games against Los Teros ???

We certainly hope so ... can you imagine how great it would be to watch USA play France IN France? Even a chance to upset the host team would be a great opportunity for the Eagles. Or even a chance to square off against the haka in a RWC? How good mate????

Premier Rugby Sevens in Memphis will be exciting. There's plenty of USA 7's capped Eagles sprinkled into the mix, along with some other up and coming 7's talent. And how about those team names?! 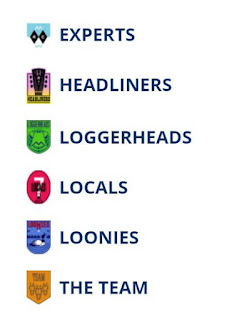 Here's the teams we're riding with for October 9th:

See you all at Infinity Park Saturday for a ton of rugby action:

Update on Tommy's Tik Tok Project .... "It will drop this weekend, for sure".