One (Test) Window Closes, Another Opens With a Vengeance

Rugby PickEm · One (Test) Window Closes, Another Opens With a Vengeance

It took a whole month for the Rugby PickEm triumvirate to return to the same studio, but the stars aligned this week and Uncle Johnny and Tommy NoPiks returned to the show.

We had left our last episode on the eve of the second leg of USA vs. Uruguay. Obviously, the results went the way of the Southern Hemisphere challenger as Uruguay cleaned up at home, winning the second leg by a score of 34-15. The final score on the aggregate (50-34) solidified Uruguay's spot in Pool A as Americas 1. Congrats to a well deserved Uruguay team that earned their spot and have been THE exciting tier 2 team in the past RWCs. 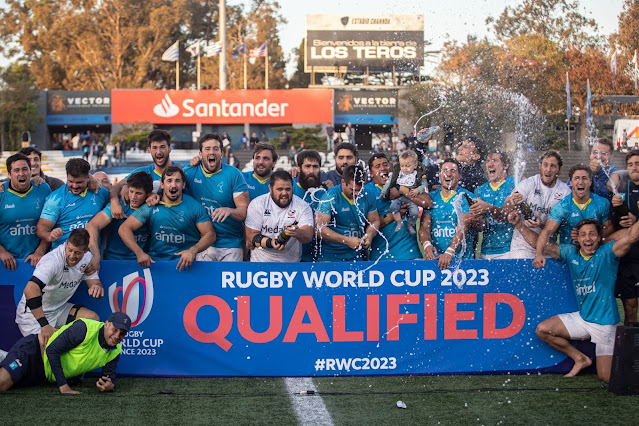 With Chile defeating Canada in their home/away series, Canada has now been eliminated in their RWC 2023 qualifying efforts. It will be the first time the Canadian Men's Rugby team has not qualified for a Rugby World Cup. The shockwaves reverberated through the Provinces, and Canadian Rugby twitter was big mad.

The Eagles will now have to wait a full year before they resume their RWC qualification against Chile next summer. It will be another home / away aggregate, with the winner claiming the Americas 2 spot, the final spot in Pool D (England, Japan, Argentina, Samoa, Americas 2).

The All Blacks defeated the Eagles 104-14 in a game in that most believe should (or should not?) have been played. The NZRU took the majority of the revenue split, and the USA Rugby fanbase find them selves wondering what is was all for? Should we keep valiantly lining up against tier 1 teams? Or first figure out how to handle our fellow Tier 2 competitors. The only thing in full agreement was that Will Jordan is an absolute rocket of an All Black, and will continue to score tries at will during this Northern Hemisphere tour.

Lastly, the USA Women's Eagles face off against Canada Women's Rugby on Monday night, 6pm at Infinity Park. Rugby PickEm bought 10 tickets and will give them out to any fan in the Denver area! Get your asses out to Glendale and support this team!