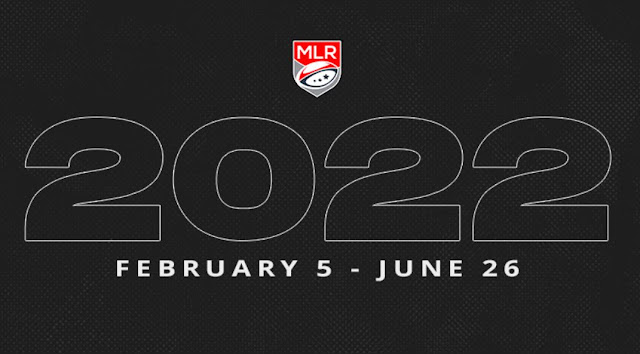 4 Themes and 'Motifs' for the upcoming season ...

1. Shift in Player Power - Monetizing Individual Brands
It's no secret that MLR Salary caps are low relative to its European counterparts. This will push players to try and maximize their potential income, on and off the pitch. We've already seen star caliber players bring their talents stateside to help build their brand. In 2022, expect just about every type of player (from aging star to young bucks taking the leap from college) to monetize their name image and likeness off the pitch. And why shouldn't they? Players make the ultimate sacrifice for everyone else to enjoy rugby ... their body. The truly successful MLR franchises will be the ones whose front office seeks to help their players grow off the pitch financially. If you can't pay the players much now in 2022, help set them up for financial success in the years to come.
In summary, expect to see: Personal Brand Deals, NFT Offerings, Players Making Content 24/7
2. Follow the $ - Front Office Consolidation & Expansion
The capitalization table in the league will always be changing. Like an amoeba, the shifting of ownership percentages will be constant. Recently, Rugby ATL was sold and previous MLR owner now has a bigger piece of the league. As certain ownership groups continue to flex their checkbook and acquire bigger stakes, you can bet your ass that those ownership groups have greater say in the board meetings.
New expansion teams will always pay a higher cost to entry with every additional year the league gains momentum (and hopefully meaningful revenue). The cost for future teams (St. Louis & Chicago) will be greater than teams who joined in 2020. While they will always be partners (the collective ownership group as a whole), you can bet on some serious (metaphorical) arm wrestling at the quarterly meetings.
3. Rugby Media Industrial Complex becoming too SPECULATIVE
Love the fact that more and more people want to cover the league. The more the merrier ... however, with player and coaching jobs on the line, there really needs to be a threshold or structure to how people report on the game. There's a difference between journalism and content. Let's hope people aim to be right, not first to report. If someone has sources in the league, by all means work those sources. But if you're just chucking paint on a wall, and purely speculating ... well that's not fair to the parties your speculating about.
Counterpoint ... many bloggers have been peeved about the lack of transparency in the league. True, it's been a pain point for the MLR in the past, but they just launched the new transaction wire. Perhaps this small offering will give the Rugby Media Industrial Complex the little taste of information they need in order to not be constantly guessing and speculating.
4. Deepest Teams Win Late in the Year
Championships are won in the offseason (front office putting together an elite team), pre season (players / coaches / front office gelling and forging bonds that will last through the season) & obviously in the post season ... where championships are (literally) won. The teams with the star power may come out strong, but it's the deepest teams that will rise up the ladder and make a run for the shield in June.
Special thanks to Colton Strickler for doing this years #MLR2022 preview.
THE YEAR OF THE PLAYER!
PICKEM
Posted by Rugby_PickEm at 11:26 PM