Jeremy “The Missile” Misailegalu plays rugby like his nickname. Fast, powerful and blissfully elegant. We sat down before Club 7’s Nationals and talked about his rugby career. Like a lot of American athletes, Missile switched from football, to wrestling, to finally getting the rugby ball in his hands at University of New Mexico Highlands … aka The Vatos. After getting noticed by world renown 7’s rugby scout Howard Kent, he began to refine his craft under Jason Kelly, Steve LaPorta, and Tyson Meek with the Denver Barbarians. Lastly we wrapped with his amazing season in Seattle and talked about the future of player representation during these early years of professionalism for rugby in the states. 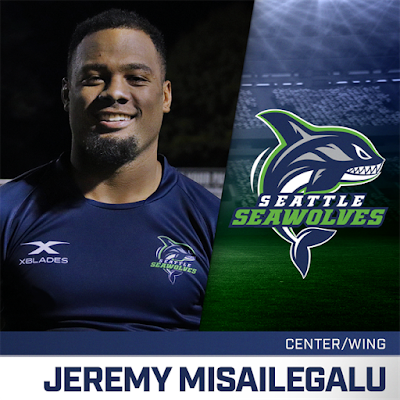 Vato on my leg
Denver Barbo Seven’s Uce
Together We Hunt.


Ps. Ray Henley led the bonus segment in the outro and caught me a tad bit surprised as we talked about developing grassroots rugby.
Posted by Rugby_PickEm at 9:46 PM